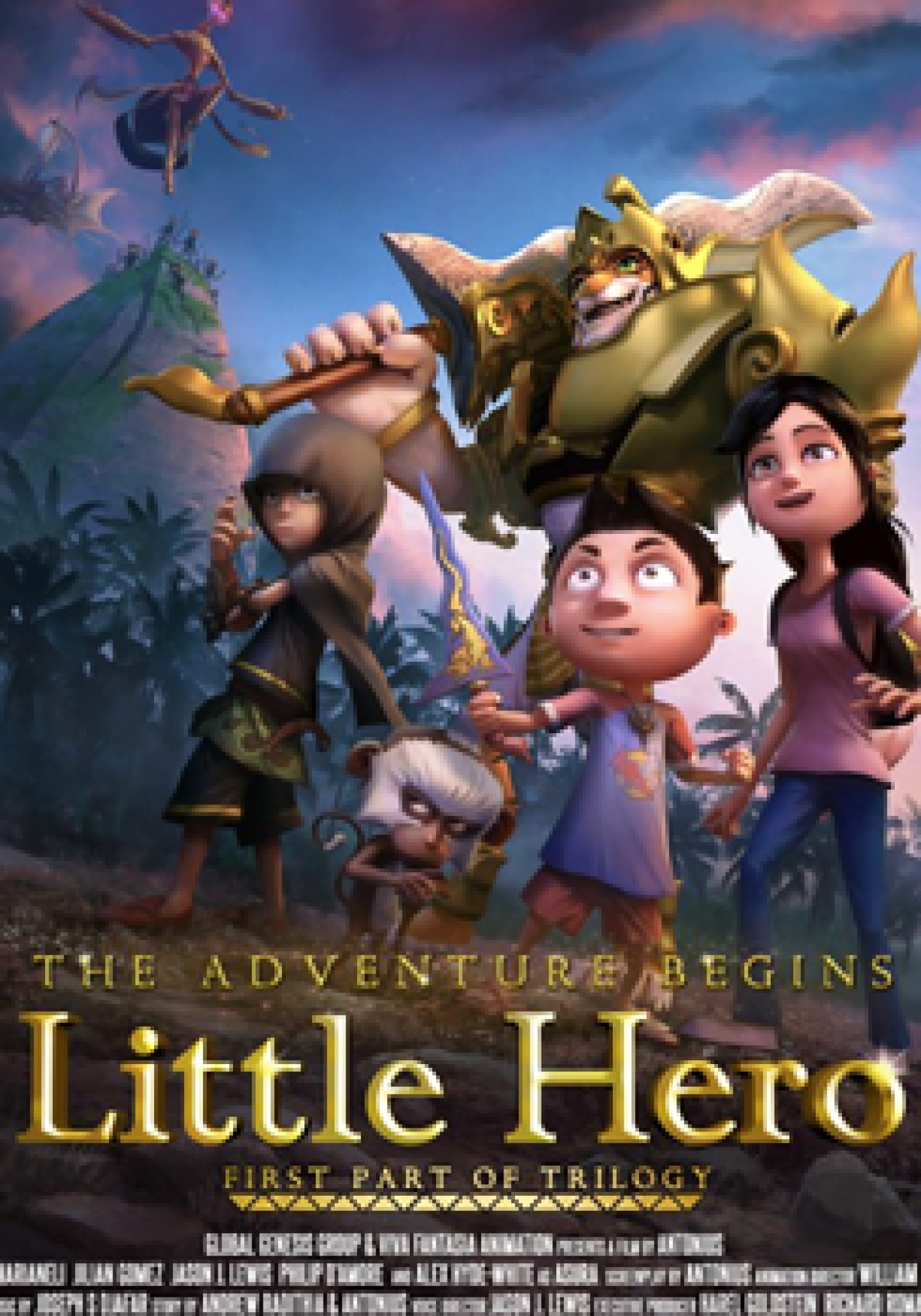 LITTLE HERO​: THE ADVENTURE BEGINS​ is​ the first part of​ an animated trilogy​ that has adventure, laughter, action and the universal theme of the love of a son and his father.

Bayu is a typical young boy. He adores comic books and idolizes superheroes. He is bullied by bigger kids and has a loving father that does everything in his power to protect Bayu.

When Bayu’s older cousin Raney comes to visit from the city they​ go exploring in the forest and are attacked by bullies. Bayu fights them off and escapes with Raney, but in their excitement, they​ enter the forbidden valley and find themselves​​​ inside a secret cave where Bayu discovers the ruins of a temple. There, Bayu ​stumbles across​ a magical sword embedded in a rock. Once Bayu pulls the sword free, he releases the evil ​monster ​Asura who had been turned to stone. Now, the angry Asura turns everybody in the village to stone, including Bayu’s father. This, of course, saddens Bayu. He has to save his father.

Bayu is helped​ ​by​ the ​Great Empu, the previous master of the Sword. Now Empu must guide Bayu to not only learn about his new superhero powers but to find the six Ancient Knights and receive an amulet from each. Only with the sword, and the power of all the amulets, can Bayu and Raney defeat the evil Asura and save his father and friends in the village.