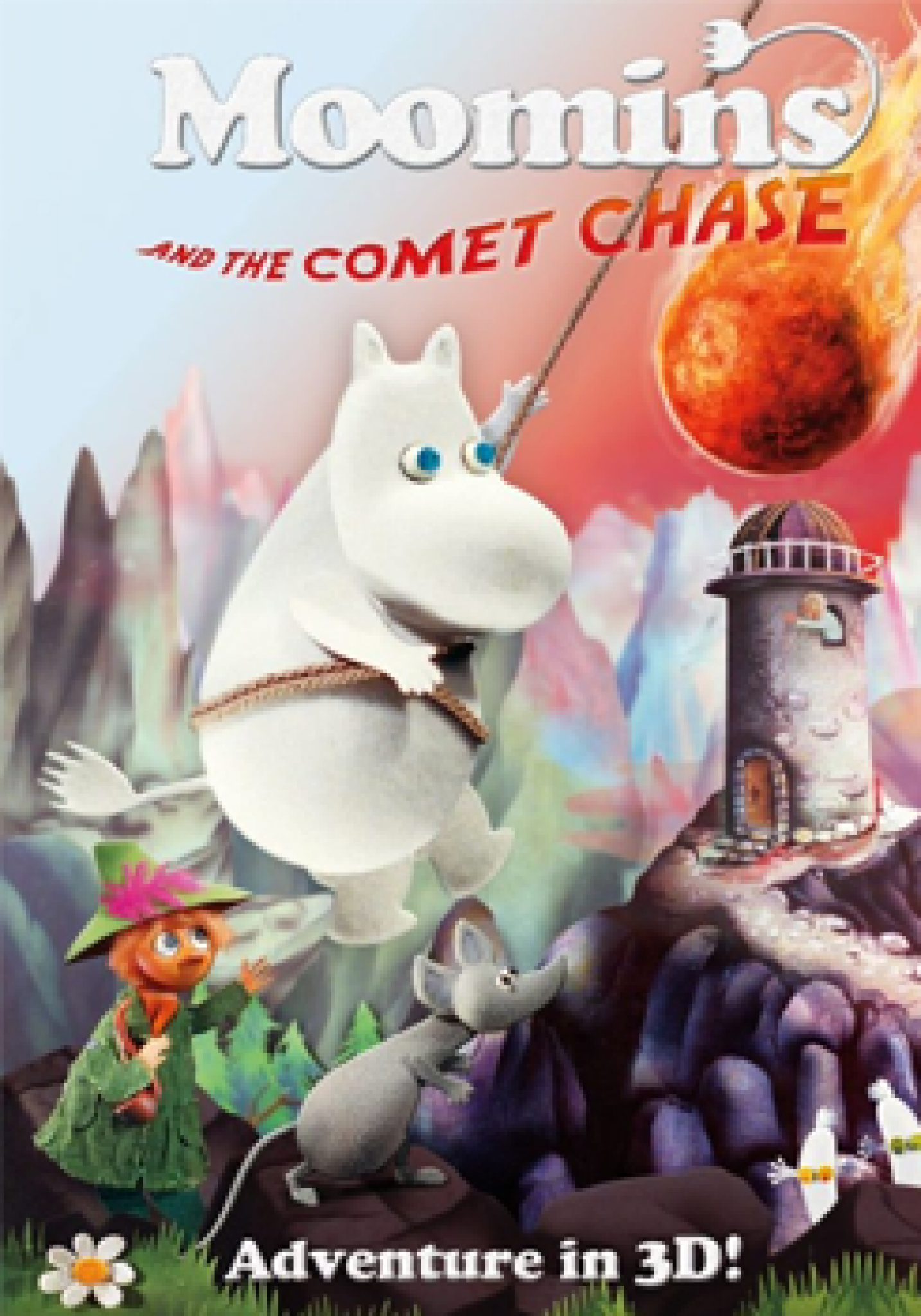 Moomins and the Comet Chase

The Moomins, created by the Finnish writer Tove Jansson, is loved around the world by children and adults through books, comic strips, television series, films and a theme park called Moomin World in Naantali, Finland. MOOMINS AND THE COMET CHASE is another animated feature for fans of the Moomin’s franchise.

One day Moomintroll notices that something strange has happened in the Moominvalley –everything is grey; not just the sky and the river, but the trees, the ground, and the Moominhouse, too! Moomintroll runs to ask the well-read Muskrat if he knows what is happening. Muskrat declares that this is the way things tend to look like before the earth faces an awful fate coming from the sky.

With the help of his father, Moominpappa, Moomintroll and his worried friends build the best raft ever and start on a challenging journey to the observatory. There, they hope to find answers from the wise Professor who knows about the threat from space.

The trek is not easy. The brave Moomintroll, Sniff and Snufkin face many obstacles, yet also meet new and old friends. They finally make it to the observatory where the Professor calculates that a ferocious comet will reach Moominvalley in four days, four hours, four minutes and 44 seconds. Now it’s time to go back home as fast as they can – surviving an unexpected number of peculiar creatures and dangers on the way, so that they can get everybody safe in time.