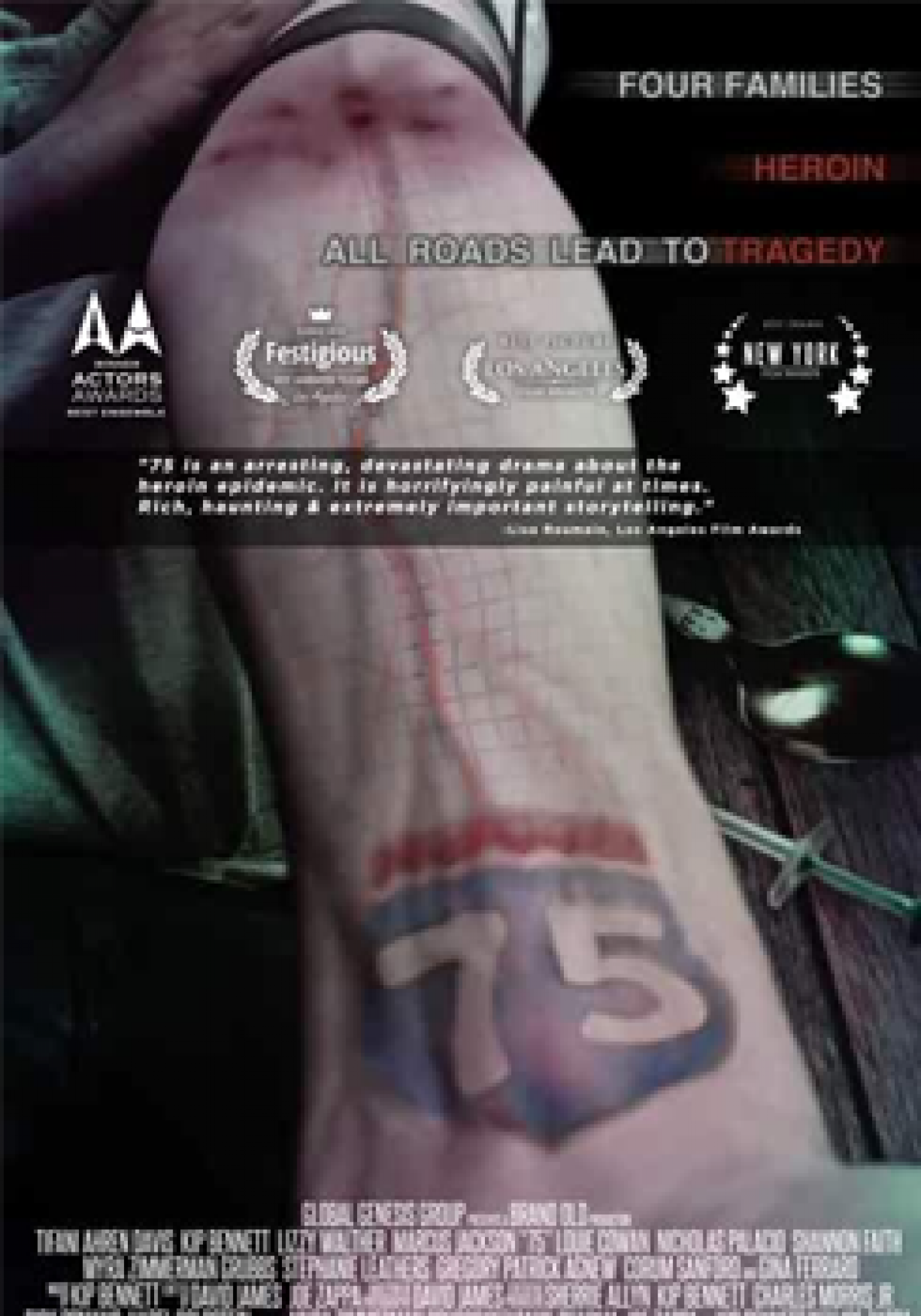 “75” is the best present-day movie about heroin since TRAINSPOTTING. Interstate 75 is a central distribution artery of heroin making Cincinnati the second-highest overdose capital in America.

In “75” the movie we follow an interlocking story involving four families, an overwhelmed mental health care professional and two desperate lawmen over one tragic weekend in the Queen City. Mike Hanson is a survivor of a violent collision, struggling to measure up to his familial responsibilities with chronic pain that he dulls with prescription painkillers. Leslie Mitchell is a housewife who imperils her children by drowning her sorrows with a needle as her alienated husband carries on an affair. Summer is a smothered honour student delving deep into chemical indulgences to escape her oppressive mother. Adam, the repressed son of a grief-stricken evangelical family, leads a double life as a prostitute to maintain his heroin habit, while coping with the death of his sister and his hidden sexuality.

These separate lives are connected by their relationships with a diligent clinician Dr. Viola Harris, who fights to keep their addictions at bay even as they spiral out of control. Meanwhile, two embittered detectives, Daily and Dekker, confront the the futility of their task force’s rip-and-run policing style in the mounting war against opiate distribution in the Cincinnati area.