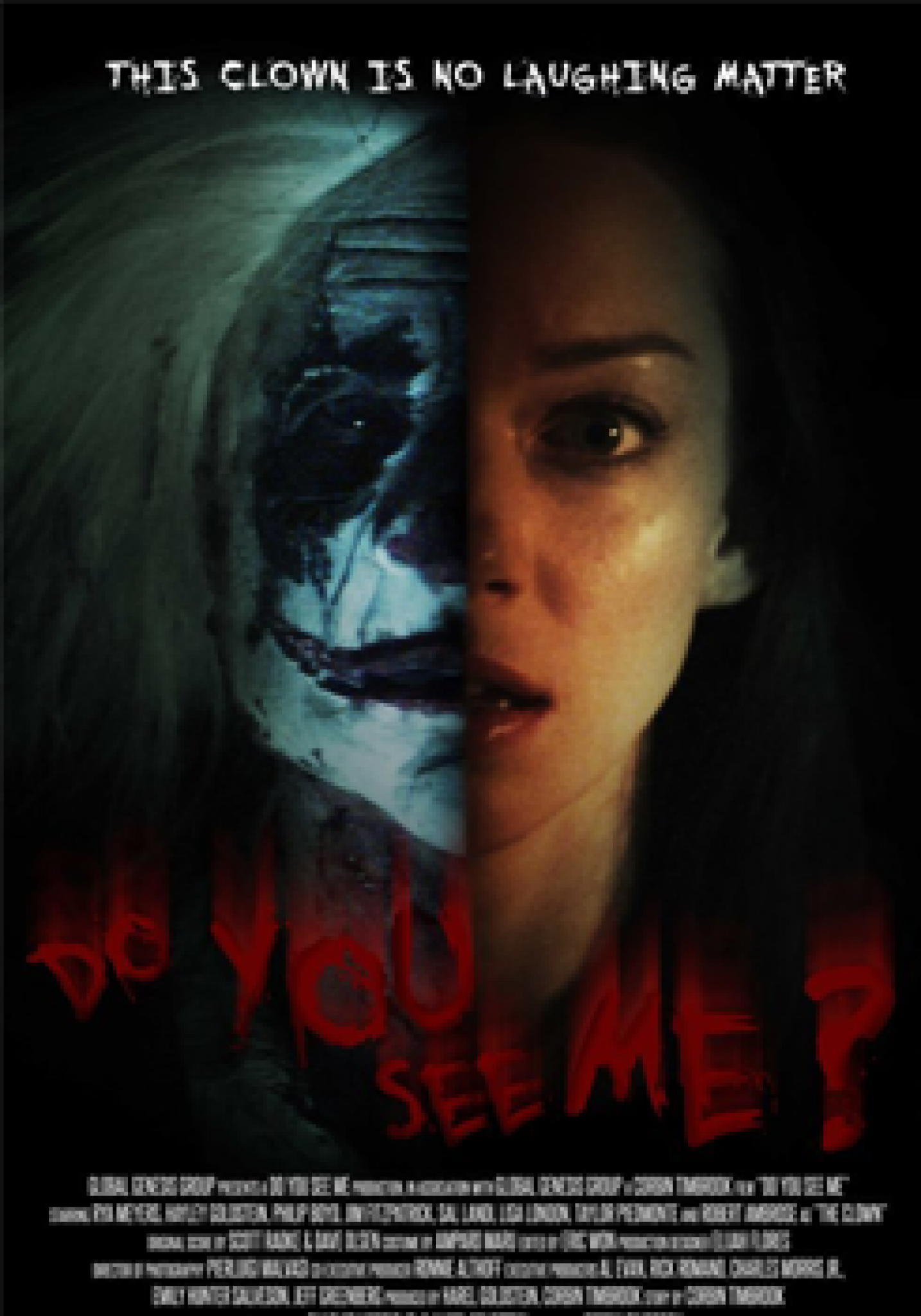 Do You See Me

The movie starts with an intense 9-1-1 call from a frantic mother. It’s November 1st, and her daughter Emily, was supposed to show up at her mother’s house on Halloween, but she didn’t. Her mother is extremely frightened, mainly because Emily has reported to the police that she was being stalked. When the operator asks if she had any idea who was stalking her daughter, the mother gasps, “… clowns…”

We flashback four days into the past to October 28th. Emily, is a successful Hollywood executive, who is divorced and lives alone. She works with her sister, has a good relationship with her mother, and has good friends. Everything seems normal until she starts thinking that a Clown is stalking her.

Emily’s feelings of fear become real as she begins to receive texts that read “Do You See Me”. Each time she gets a text; at work, at the gym, at the coffee shop, she looks up and The Clown is there. When Emily tries to get anyone to look at The Clown, he is gone. She can’t tell if it is real or she is going crazy, especially because no one believes her.

As the days get closer to Halloween, everywhere Emily runs there is a Clown lurking. Finally, the Clown invades her home and now Emily has to fight for her life. She knows The Clown is coming to kill her.