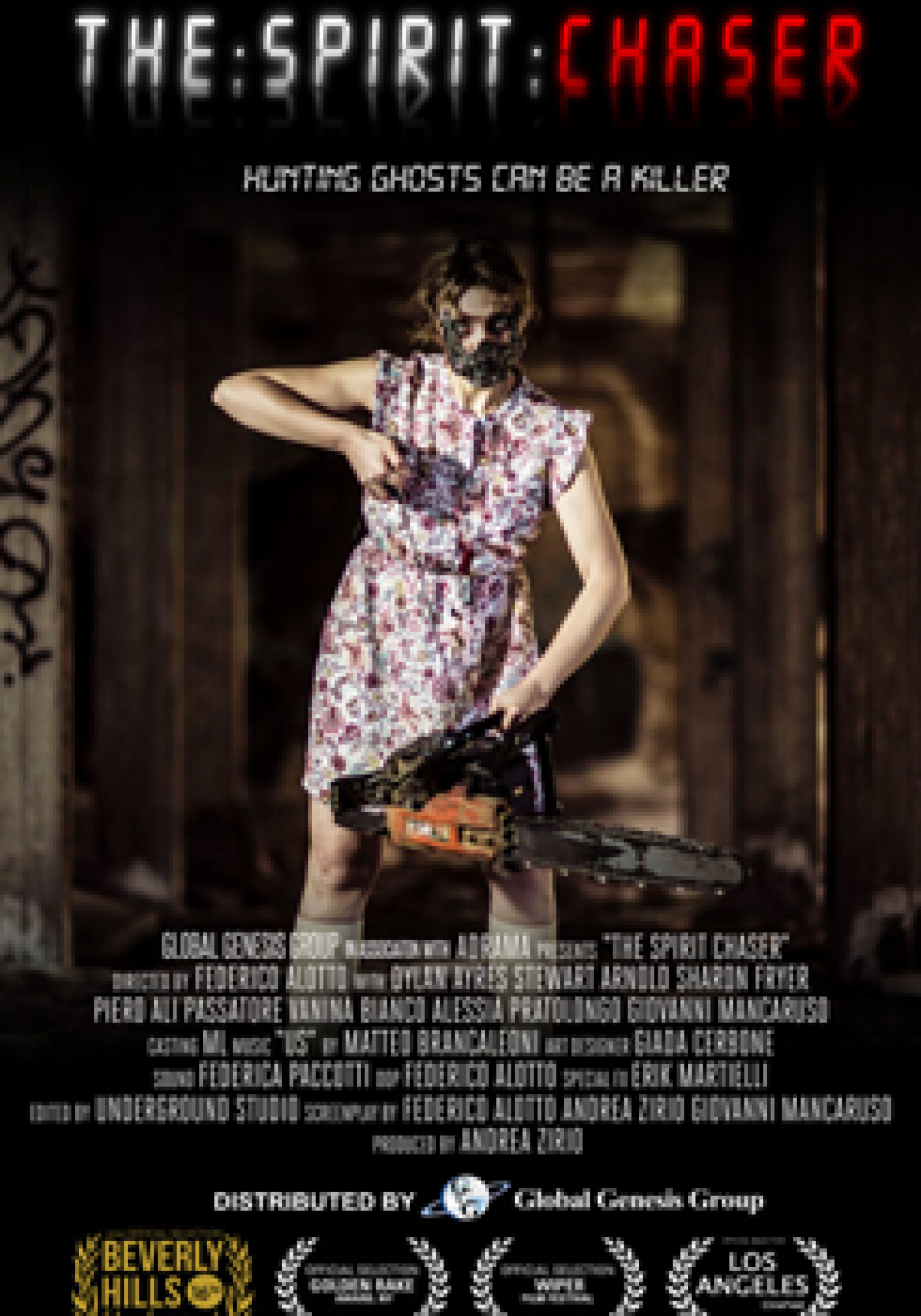 THE SPIRIT CHASER is as scary as the original BLAIR WITCH PROJECT. Set in Northern Italy’s most spellbinding locations, British Dylan buys a camera to record his girlfriend Elena on their vacation. Dylan’s friend Mike loses a big bet in a poker game, but Mike can get his money back if he stays 24 hours in the woods, where thirty years before a terrible murder happened. Dylan goes with Mike to record his efforts, but instead, they discover the twisted murderer. Their night becomes a living nightmare.

THE SPIRIT CHASER is a found footage film with the slow build of THE BLAIR WITCH PROJECT as friends Dylan and Mike have to spend twenty-four hours in a forest so Mike can pay off a heavy debt. But what they discover is harrowing and full of terror, and the last half of the movie has that frantic panic intensity of CLOVERFIELD (with far more scares). Dylan is from Britain and has spent 10 months in Italy working. The last week before his return he buys a camera to document his trip. He has a beautiful Italian girlfriend Elena, and a best friend Mike who has a gambling problem. When Mike loses $5000 playing poker, he is given the option, “spend 24 hours in the Malpaso Forest and not only will your debt be forgiven, you will make $10,000.”

What Mike and Dylan discover is that 30 years ago, a girl named Dora killed her family on this same night in Malpaso. Dora was never found. The legend has it that every 10 years, she returns to the forest. Supposedly, tonight is the night of her return. In addition to Dora, there was a mental hospital in Malpaso that included the infamous Ward Zero where Dr Steward conducted strange experiments such as cloning, deformities, patients with two heads. Mike finally convinces Dylan to go with him to document his 24 hours with the camera. Their day turns to night and everything seems normal. Until, sounds of a chain saw in the distance disrupts the quiet woods. They find dolls hanging in trees in effigy. They hear the strange laughter of a child. Now, Dyan and Mike are becoming terrified. Then, in the darkness, they are attacked by a strange group of people. Dylan and Mike get separated, and Dylan wanders through the forest until he comes upon the abandoned mental hospital. Once Dylan enters, will he find Dora and Dr Stewart? It will be a night he’ll never forget. This movie is absolutely harrowing. One of the scariest films you’ll ever see.