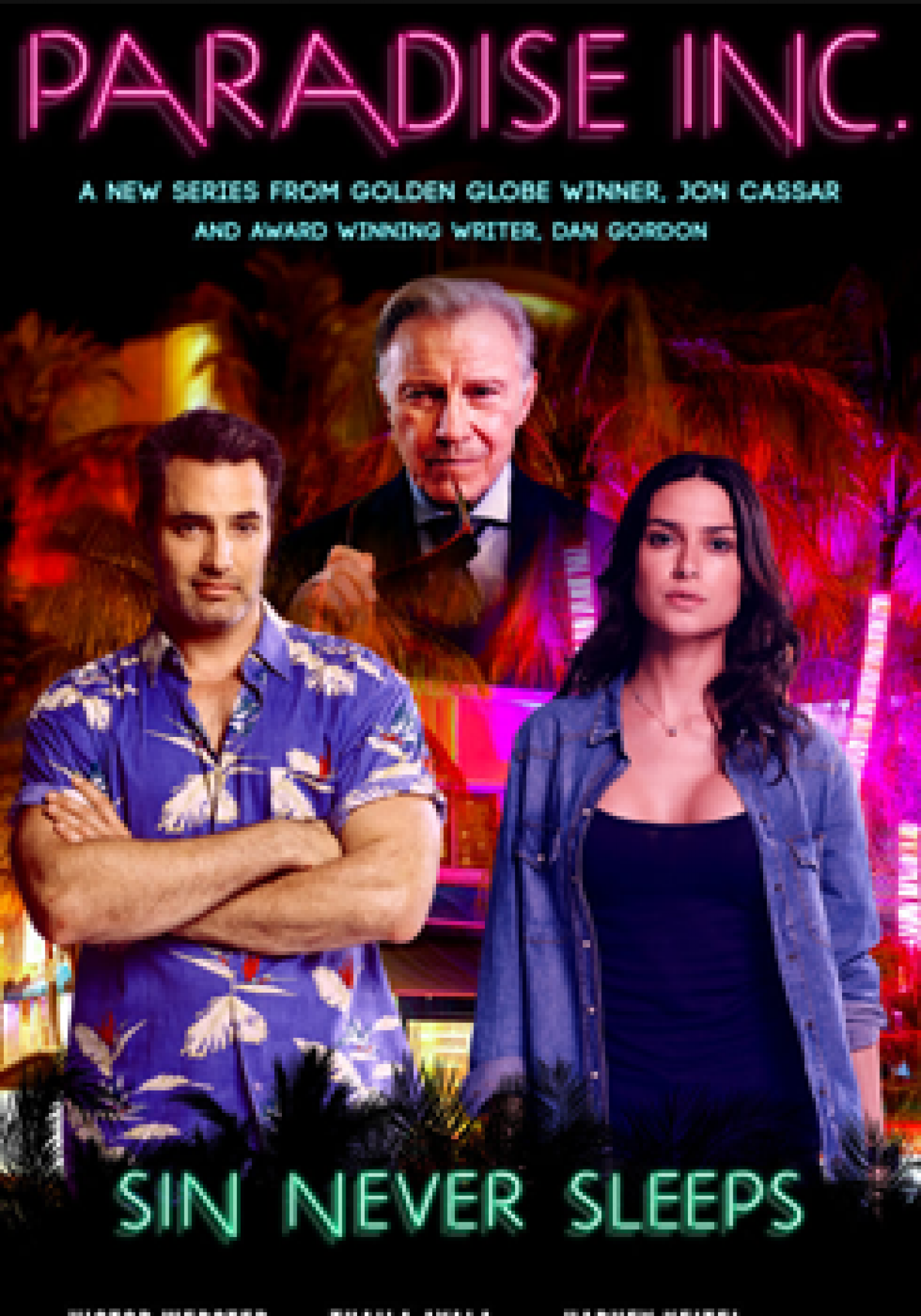 PARADISE INC. is a fast paced, dynamic private-eye series full of intrigue, sex appeal and action, framed by the beautiful surroundings of Miami and other exotic locations in the Caribbean and South America.

​SEAN FRANKLIN is a handsome, Canadian, ex-homicide detective living in Rio. BIANCA SANTOS is a former Rio cop and Ju-Jitsu champion. Bianca and Sean get covert help from her former partner on the force, RACHAEL BARBOSA, a straight arrow trying to survive in a corrupt department. When the heat gets turned up on Sean, Bianca and Rachael, they are forced to relocate to Miami, brought together by their enigmatic employer, HUBERT HUMBOLT. Hubert is a billionaire whose special darling is a unique investigation firm, Paradise Inc. Sean, Bianca and Rachael follow each week's clues deep into the criminal underbellies where even the police won't go.

South-eastern Florida is known for its beauty but also for its criminal underside, and that’s where Sean and Bianca come in. They are both difficult individuals but superb investigators. Bianca was driven from the Rio police when she attempted to expose corruption. Sean also has dark secrets, but he knows the international crime networks of the Mafia, Colombian and Mexican Cartels and Eastern European mobs. Together they have an antagonistic love/hate relationship and a flare for cutting each other up as they try to avoid any discussion of their troubled pasts.

The crimes that Sean and Bianca investigate run the gamut from blackmail and extortion to murder and kidnapping. PARADISE INC. combines unusual crimes and mystery with exotic locations, beautiful clothes, glamorous cars, vibrant music and sexy bodies. It is a hot new series brought to you by Golden Globe winner John Cassar and Hollywood blockbuster screenwriter Dan Gordon.​