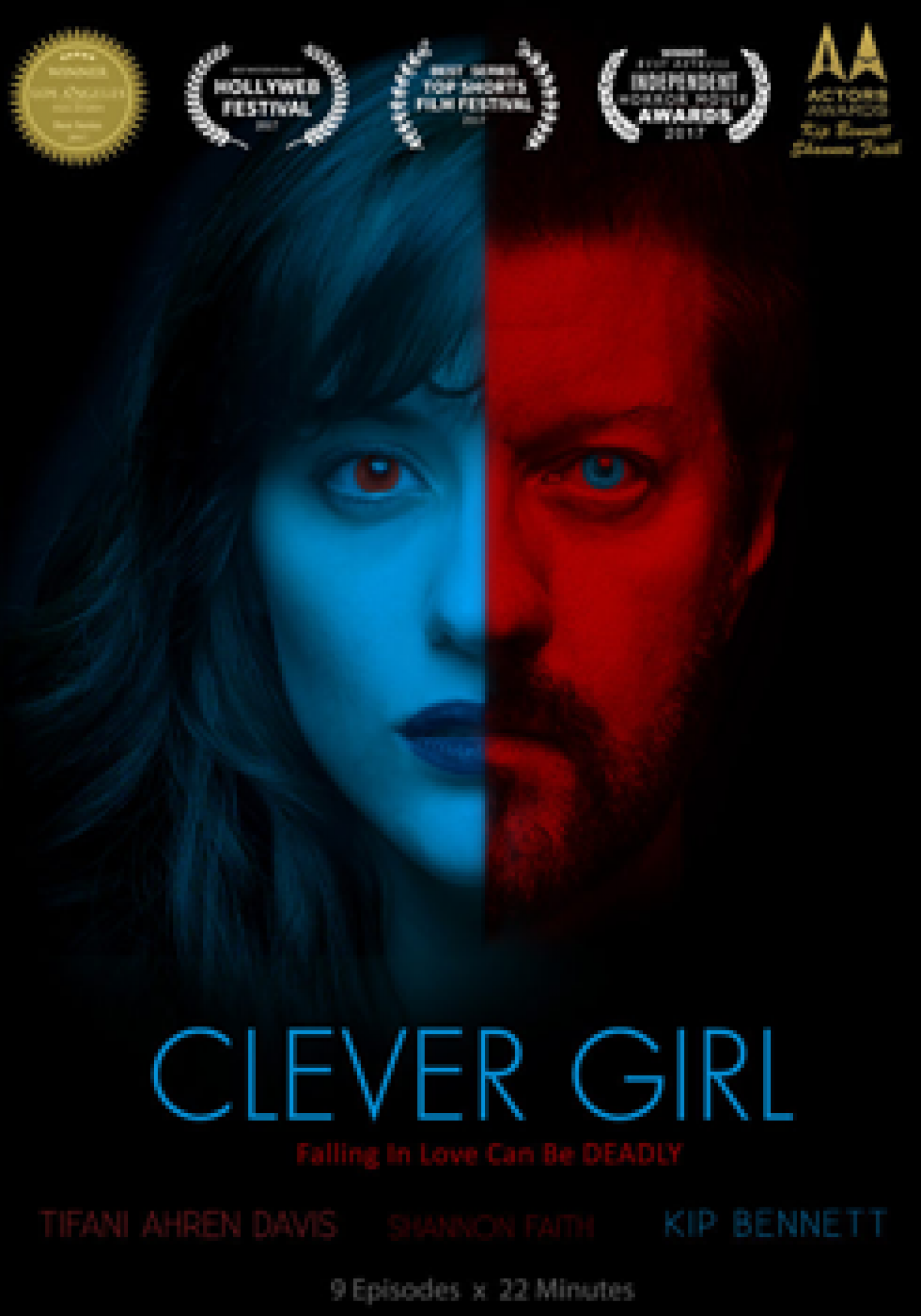 Murder is never normal. Especially in small-town suburbia. Like the voyeuristic and dangerous DON’T BREATHE, when everyday people are confronted by serial killers, the strangest things can happen.

In the captivating series CLEVER GIRL, Denise Dobkin is a journalist for a small paper who falls in love with charming pianist Chris Schaefer. He is everything she has ever wanted in a man; charming, sensitive, caring. Chris is also a serial killer. He thinks that secret is safe, though as the series progresses he will discover how fragile secrets can be.

When Denise discovers women’s hair samples and finds Chris gone at odd hours, she deduces that he is the reason for the disappearances of local brunettes. This could be the scoop of a lifetime, but her interest in the murders reveals there are needs deep within Denise that only bloodlust can satisfy. Denise realizes that keeping Chris’ secret is more important than any fame and notoriety that her breaking this story will give her. She becomes an active participant in Chris’s murders and body disposals, and with each slaying, her humanity strips away.

Meanwhile, the couple is shocked to learn their unassuming neighbour, the elderly invalid Shirley Woltz, has been spying on Chris, and Shirley leverages his secret to have her abusive son-in-law killed.

As each murder happens, there is a parallel arc revealed of self-destructive detective Gerty Hyde and her outcast partner Keenan “K.O.” Albertson. Gerty and K.O. have been making connections between the disappearances of brunettes in their 20s and building a profile on their suspect, despite both being targeted by Internal Affairs. When a seemingly inconsequential call delivers clues about the missing girls and piano teacher, Chris Schaefer, the detectives become dead-set on catching the murderous duo of Chris and Denise.