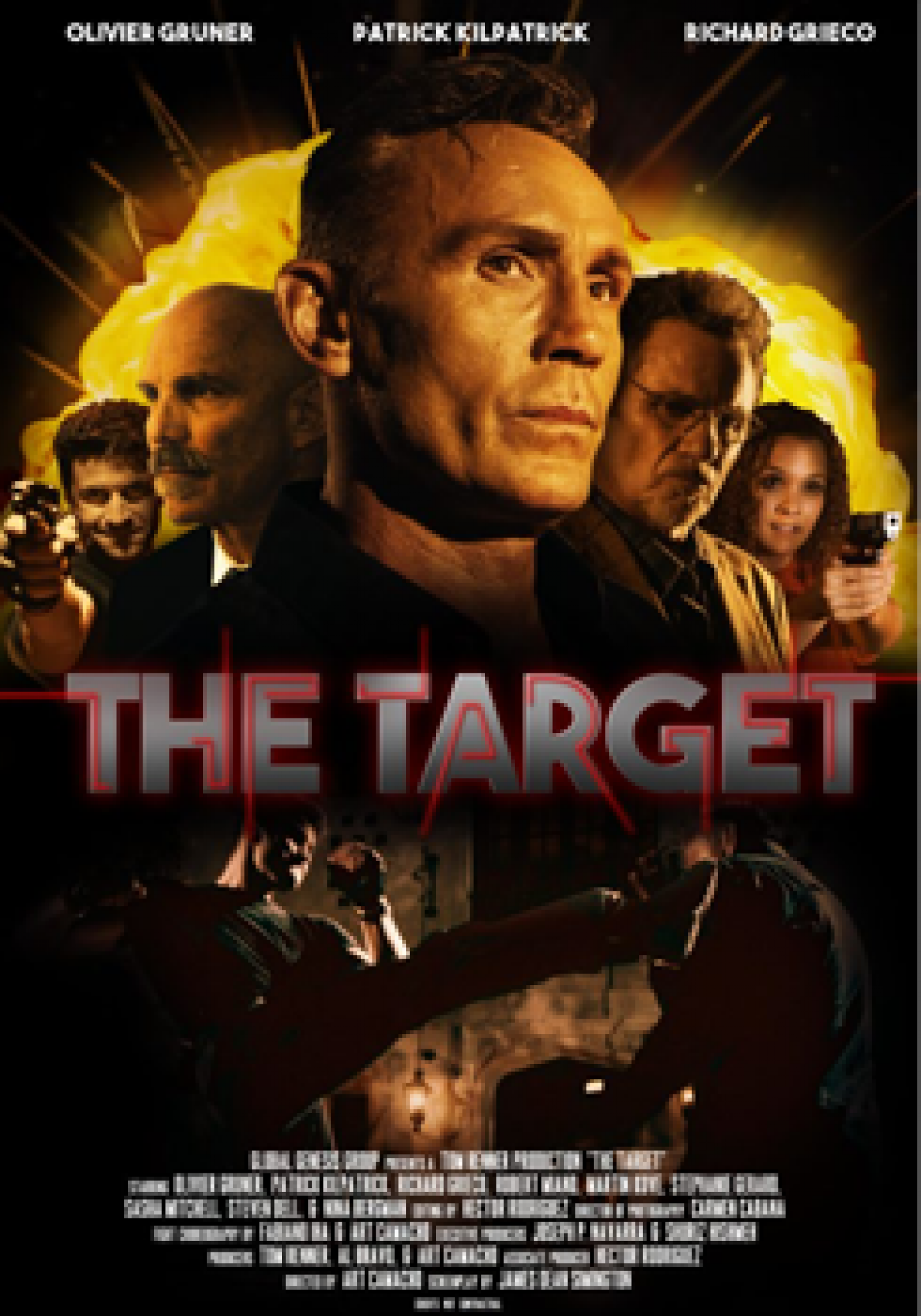 THE TARGET stars action-hero Olivier Gruner as Steele, an engineer – turned assassin, who uses his unique talents to eliminate his targets swiftly. Steele has a code of conduct. He only kills those who deserve it. But his employer has doubts about Steele’s judgment, so he assigns Blaine, a ruthless psychopath, to remove Steele and take over his position.

Steele meets and falls for a beautiful college student Gabriela. Then Steele discovers – she is his next intended target. Steele now must decide if he finishes the job. As he stalls, Blaine is told he must eliminate both Gabriela and Steele.

Now Steele becomes a protector as he and Gabrielle become pawns in this game of bullet-riddled explosive action. It is a game of survival played by powerful men, trying to determine who lives or dies.