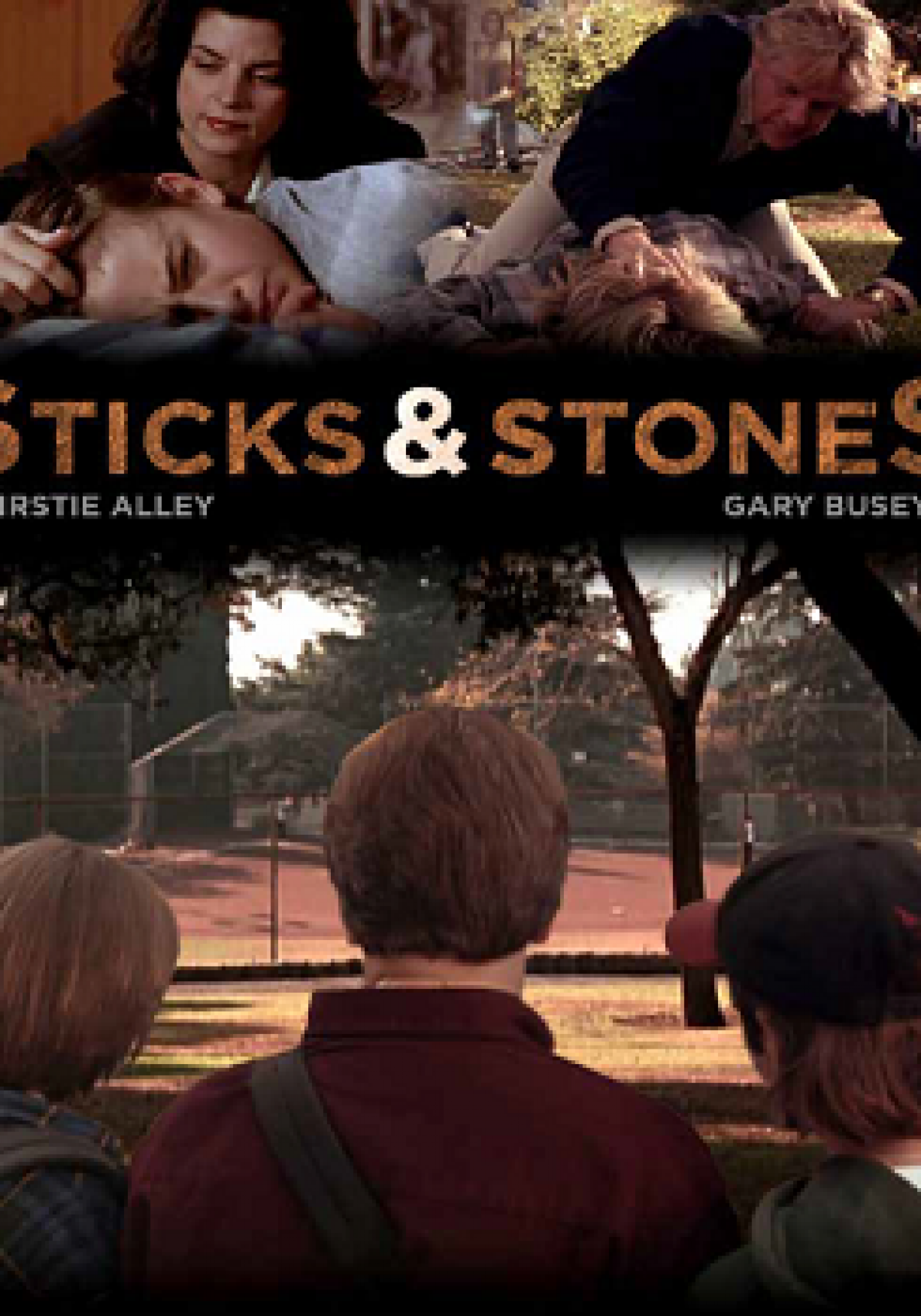 On average in the USA, every week there is one school shooting. This hard-hitting film about a bully who face the other side of the gun after the three kids he bullied took matters into their own hands. Sticks and Stones reveals honest truths about our society. CSI’s Mark-Paul Gosselaar, Gary Busey and Kirstie Alley star in Sticks and Stones about three high school friends who discover that growing up takes a dangerous turn when they take the law into their own hands after the local bully targets them with his aggression one too many times. With no one to turn to but each other, they muster the courage to take a shot at settling the score. The consequences are devastating 5 out of 5 stars. By A Wake Up Call, “I saw this film and it was the best filmI’ve EVER seen! When I was 13, I was a bully but this movie made me think what it’s like to be on the other side. I would actually advise this to be viewed by problem children because there is a VERY strong message that what you do to other people can affect what they feel, how they treat others and how badly it can affect their future. I always knew that what I was doing was wrong but never realized how wrong until I saw Sticks and Stones. It’s great!” 5 out of 5 stars!! One of the best!! By Strawberry Sherbet, “I saw “Sticks and Stones” when it first came on TV and I still have to say that this is one of the best movies I’ve seen for ages. The movie is brimming with emotions, teenage angst and is bound to bring back memories if you’ve been bullied but it only goes to show that sometimes, the bullies are miserable people themselves and there’s a reason behind their actions.