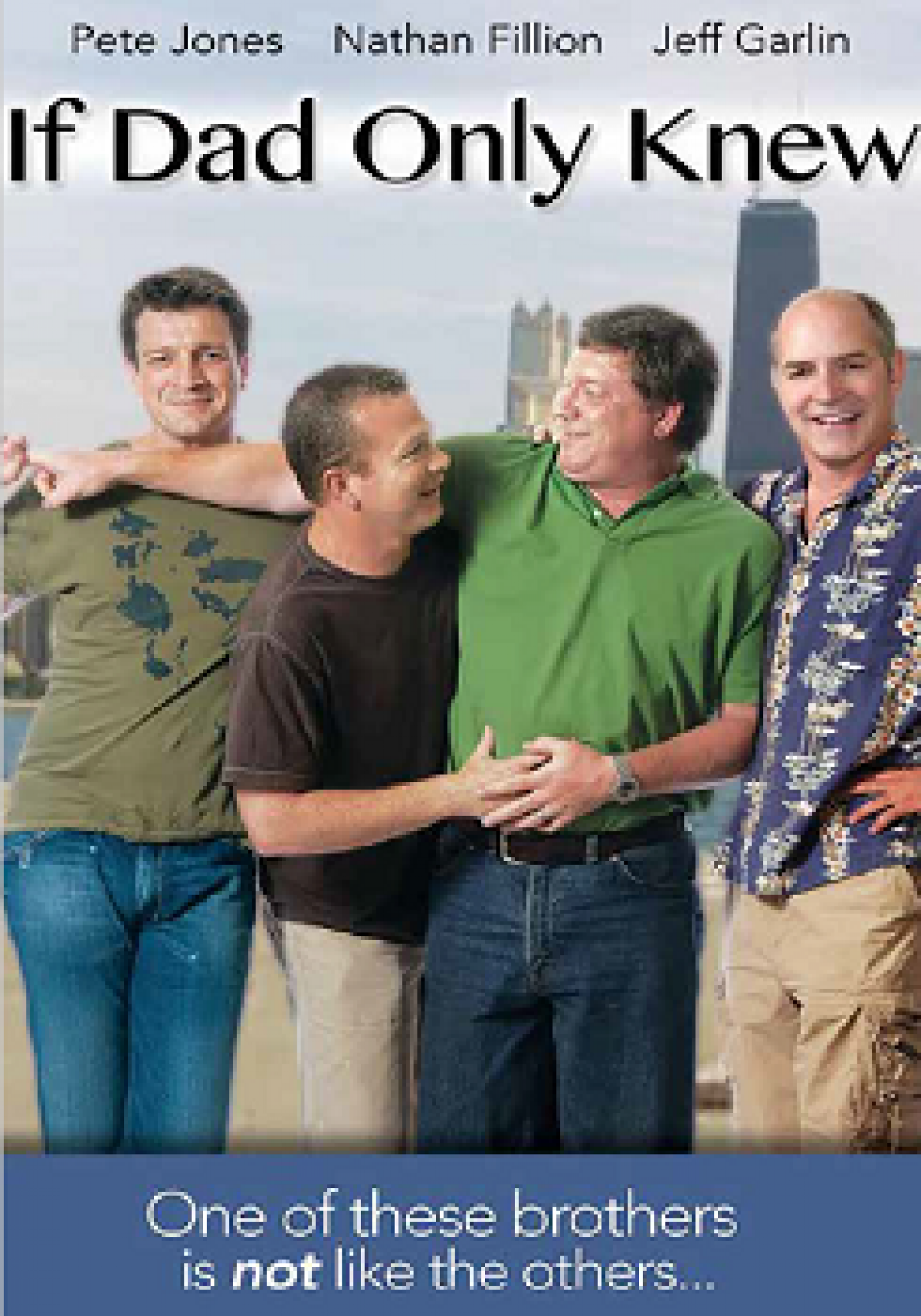 If Dad only knew

CASTLE’S Nathan Fillion stars in this family comedy, IF DAD ONLY KNEW. A Chicago architect wrestles with the prospect of coming out to his Irish- Catholic brothers following the death of their parents. The problem is Bobby is so macho, his narrow-minded brothers don’t believe him when the truth finally comes out. From HBO’S groundbreaking PROJECT GREENLIGHT, comes writer/director Pete Jones’ affectionate family comedy, IF DAD ONLY KNEW. Bobby Riley (Pete Jones) likes beer and loves sports. In fact, the only notable difference between Bobby and your average Chicago Irish-Catholic guy is that Bobby happens to be gay. For years, the only person who knew Bobby’s wellguarded secret was his sister Maggie (Julie R. Pearl) - a no-nonsense lawyer and the keeper of her family’s secrets. Though his boyfriend Andy (Michael McDonald) longs for the day he will be able to express his love openly, Bobby insists on projecting a heterosexual image with assistance from longtime lesbian gal pal, Carly (Dana Gilhooley).

On the heels of their father’s death, Maggie attempts to convince Bobby that the time has come to tell his brothers the truth about his lifestyle. The only problem is that Bobby’s brothers aren’t simply straight - they’re narrow as well. Perhaps, prankish Luke (Nathan Fillion) and unstable Connor (Stoney Westmoreland) could probably come to grips with the truth, but what about Jack (Dev Kennedy), the eldest sibling and a devoted priest? When Bobby determines to reveal his secret and becomes suddenly tongue-tied at the last minute, it’s up to outspoken sister Maggie to set the record straight whether Bobby likes it ornot. Eventually, the family must come to terms with this revelation, as well as other secrets that each of the brothers have been keeping.