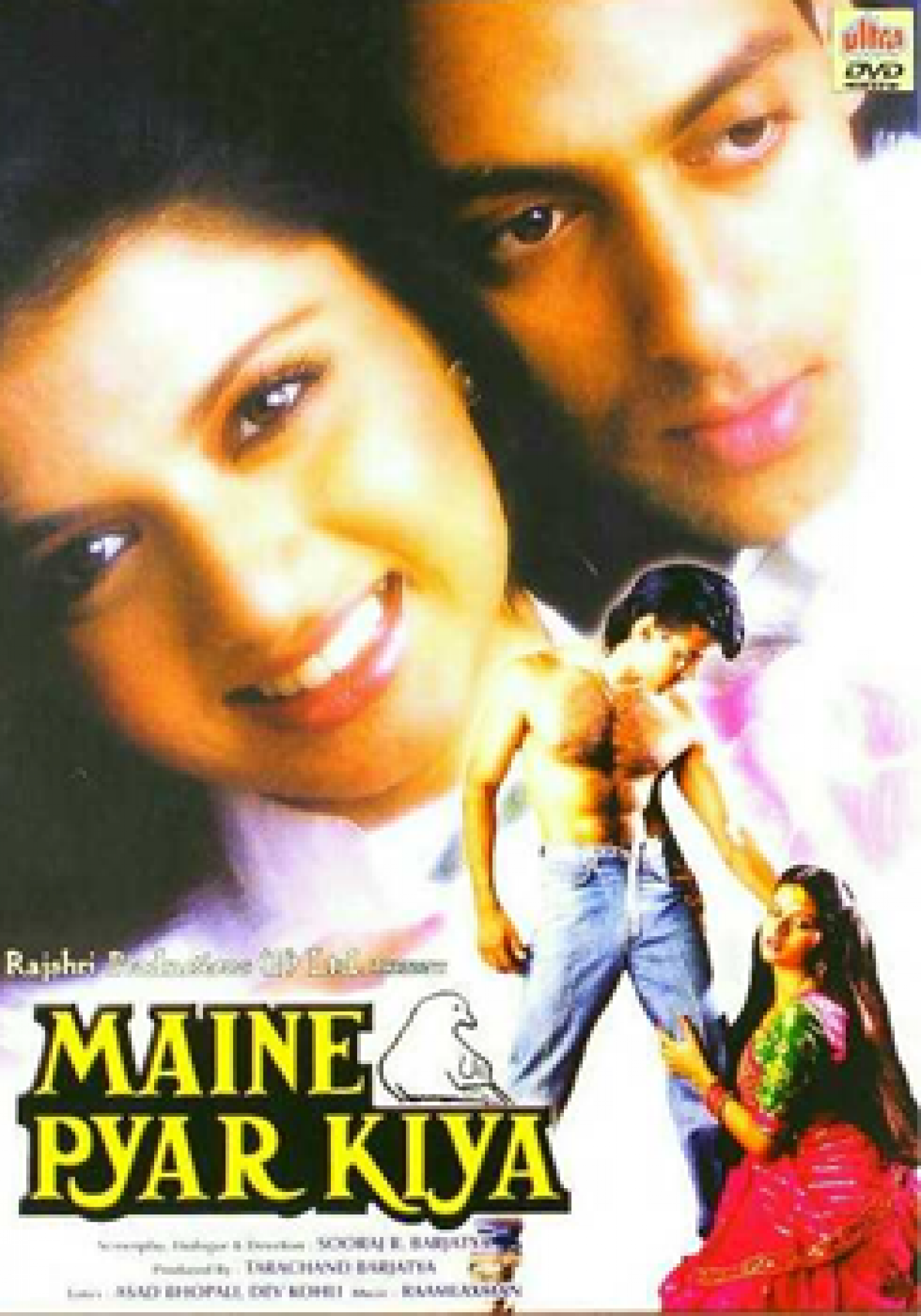 When widowed rural auto mechanic, Karan (Alok Nath) decides to travel abroad in order to earn more money, he entrusts his pretty 18-year-old daughter, Suman, (Bhagyashree) to the care of his childhood friend (Rajiv Varma), a self-made multimillionaire whose handsome son Prem (Salman Khan) soon arrives home from America. Prem and Suman fall in love, but Prem's father has a wily associate who intends to marry off his niece to Prem. Suman is thrown out of the house. Karan returns and is enraged at the treatment his daughter receive and leaves the house immediately with his daughter. Prem too is unhappy with his dad's decision and he also leaves the house opting to marry Suman with the blessings of Karan. But Karan refuses to accept Prem and the only way Prem can win Karan's approval is if he proves that he can earn money and is worthy of Suman's love. Maine Pyar Kiya, written and directed by debutant director Sooraj R. Barjatya, starring Salman Khan and Bhagyashree had rewritten history at the box-office. This breezy teenage romance attained high acclaim as a melodious, faultless portrayal of innocent first love.