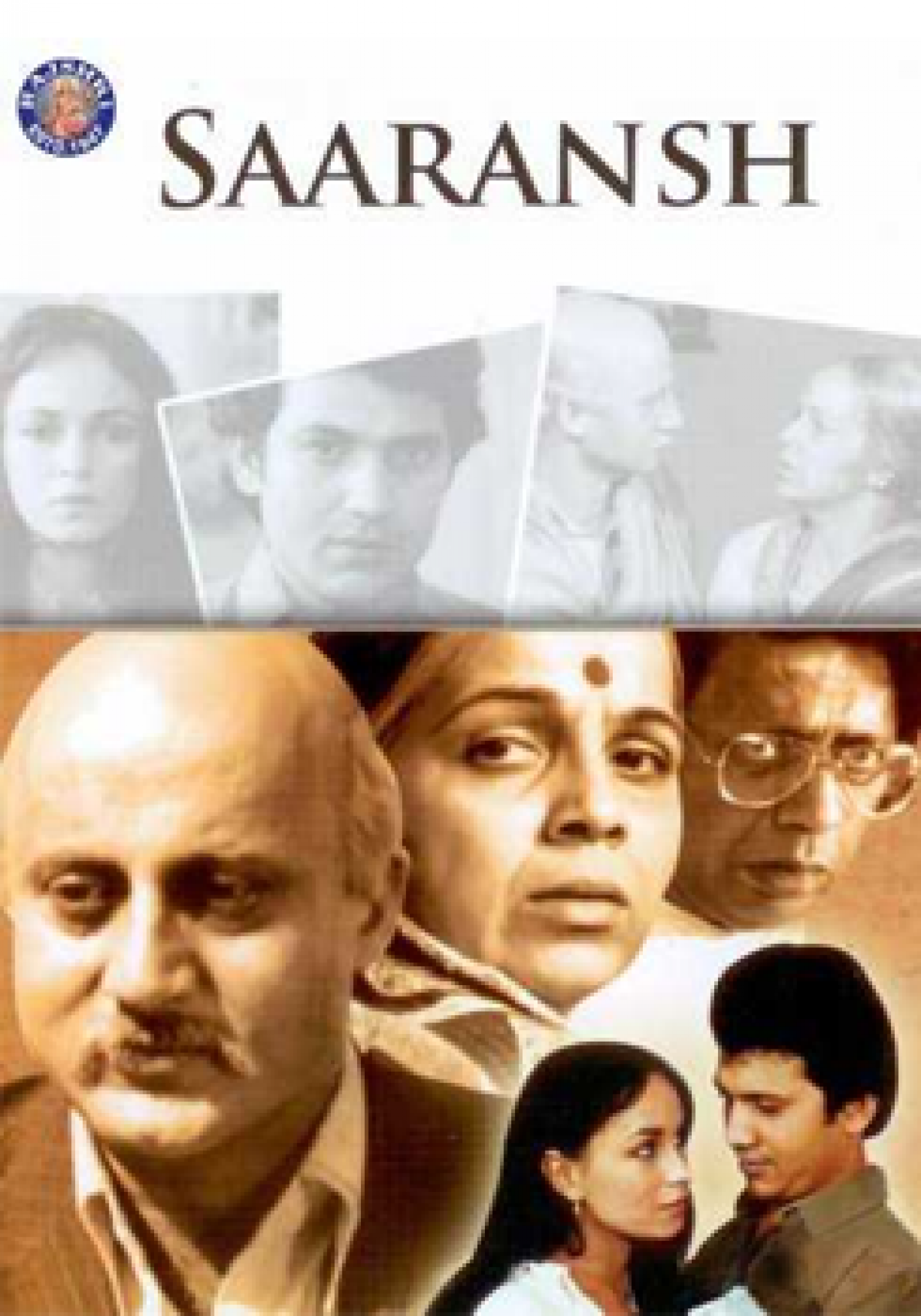 'Saaransh' is the story of how a retired school teacher B.V. Pradhan (Anupam Kher) and his wife Parvati (Rohini Hattangadi) come to terms with life after the death of their only son who has been killed in New York in a senseless mugging incident. Pradhan feels that life is meaningless while Parvati has taken refuge in religion. Her new-found guru has assured her that her son will be re-born very close to her.

In the meantime, in order to overcome their loneliness as well as to supplement Pradhan's meagre pension, they take in a young aspiring actress Sujata as paying guest. Sujata is trying to make it in films but actually hopes to marry her lover Vilas, son of the local small-time politician Gajanan Chitre who is, naturally, against the marriage.

One day, Pradhan, who has been trying to get a job in the city, is beaten up by a group of street urchins. Overwhelmed by the humiliation that life has in store for him, Pradhan attempts suicide and is saved in the nick of time by Vilas. A shocked Parvati insists that she will partner him in his next suicide bid.

A few days later, when the old couple are on the verge of taking poison, Parvati overhears that Sujata is carrying Vilas' child and that he wants her to abort the child so that he can talk his father into marriage later. Parvati is convinced that this is indeed her son re-born, as predicted by her guru. She persuades Pradhan to intervene and save "their son" from not only Vilas but also his father, the omnipotent Gajanan Chitre.

Unwilling to break Parvati's illusion, Pradhan agrees and thus begins his battle against corruption.... The battle against corruption won, Pradhan insists that the now-united Sujata and Vilas leave at once so that he can battle against his wife's belief in superstition. Parvati who has been living on the hope that her son will be re-born is now totally shattered. She now reminds Pradhan of their suicide pact but Pradhan is unwilling. He has learned that one can't die for the dead and that life itself cannot end and must continue.