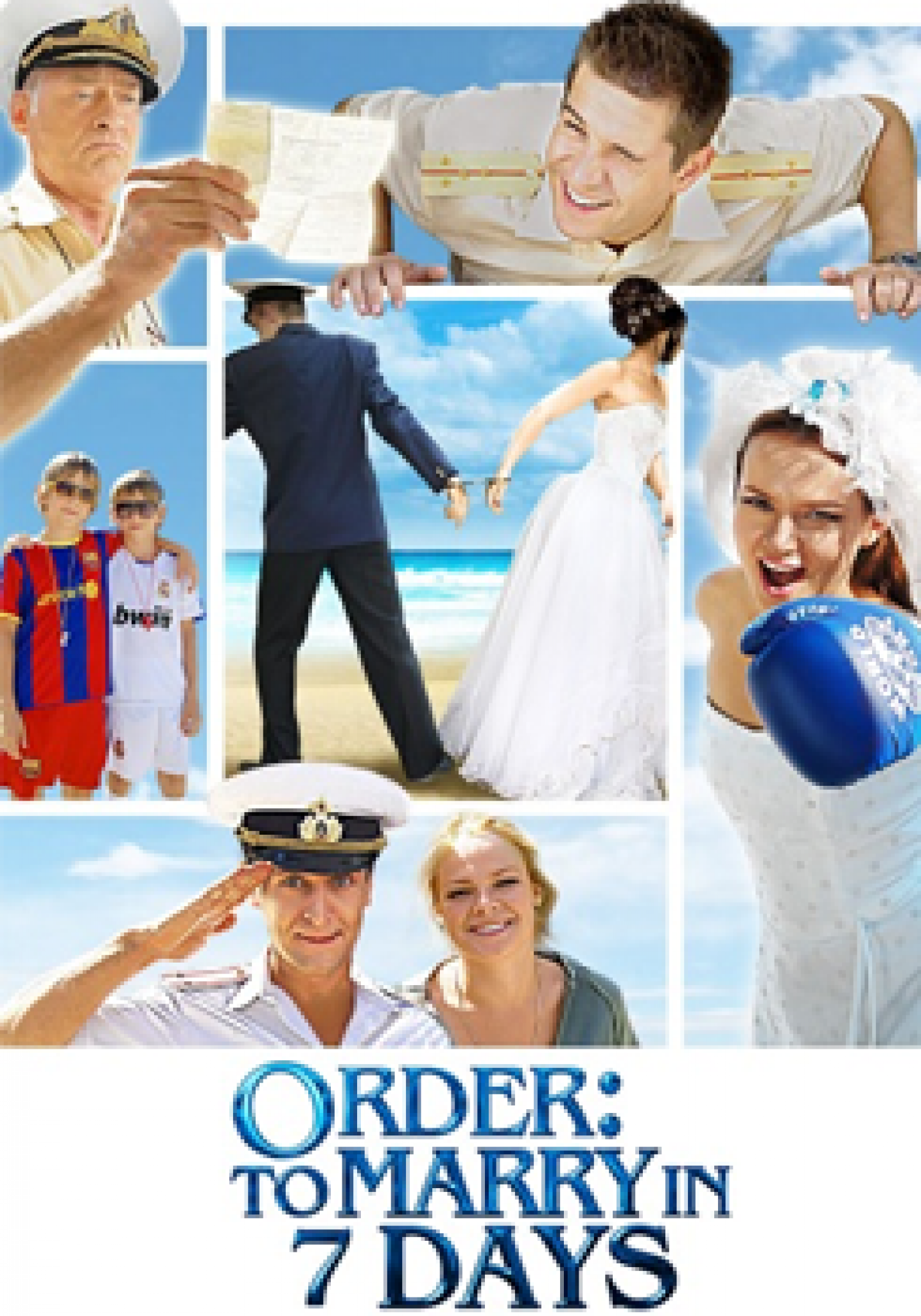 Order: to marry in 7 days

The protagonist of the story is a Lieutenant-Commander, signalman with a God-given talent VLADIMIR KOZLOV. He is an irreplaceable person! But there is one problem - Volodya is terribly absent-minded, thus he is constantly getting into absurd situations. Because of his abstractedness during the general formation, he once managed to embarrass the Rear Admiral LOBANOV himself! He got cross and ordered to fire Kozlov. Co-workers started panicking! Without Volodya there is a complete mess in the local communication centre, and most importantly, they will have to re-apply for apartments for the military and miss the unfortunate signalman’s turn. His friends Maslennikov and Lentsov put in a word to the Rear Admiral for Volodya, asking for forgiveness, after all, their friend’s wedding is "just around the corner." Volodya now has a week to urgently find a bride and get married! Maslennikov, the womanizer, sets out to marry off to his friend an unmarried cleaner Zina, a single mother with two children, but he unexpectedly falls in love with her himself. Meanwhile, out of the clear blue sky the rear admiral Lobanov’s daughter dumps on him. She is an eccentric metropolitan one of a kind LARA, who dreams of moving to Japan. Her father puts one condition: while Lara is not married, it is out of the question. The obstinate Lara is ready to marry the first comer. It's an open secret: loser Volodya will be him. In the end, love will defeat all the difficulties!