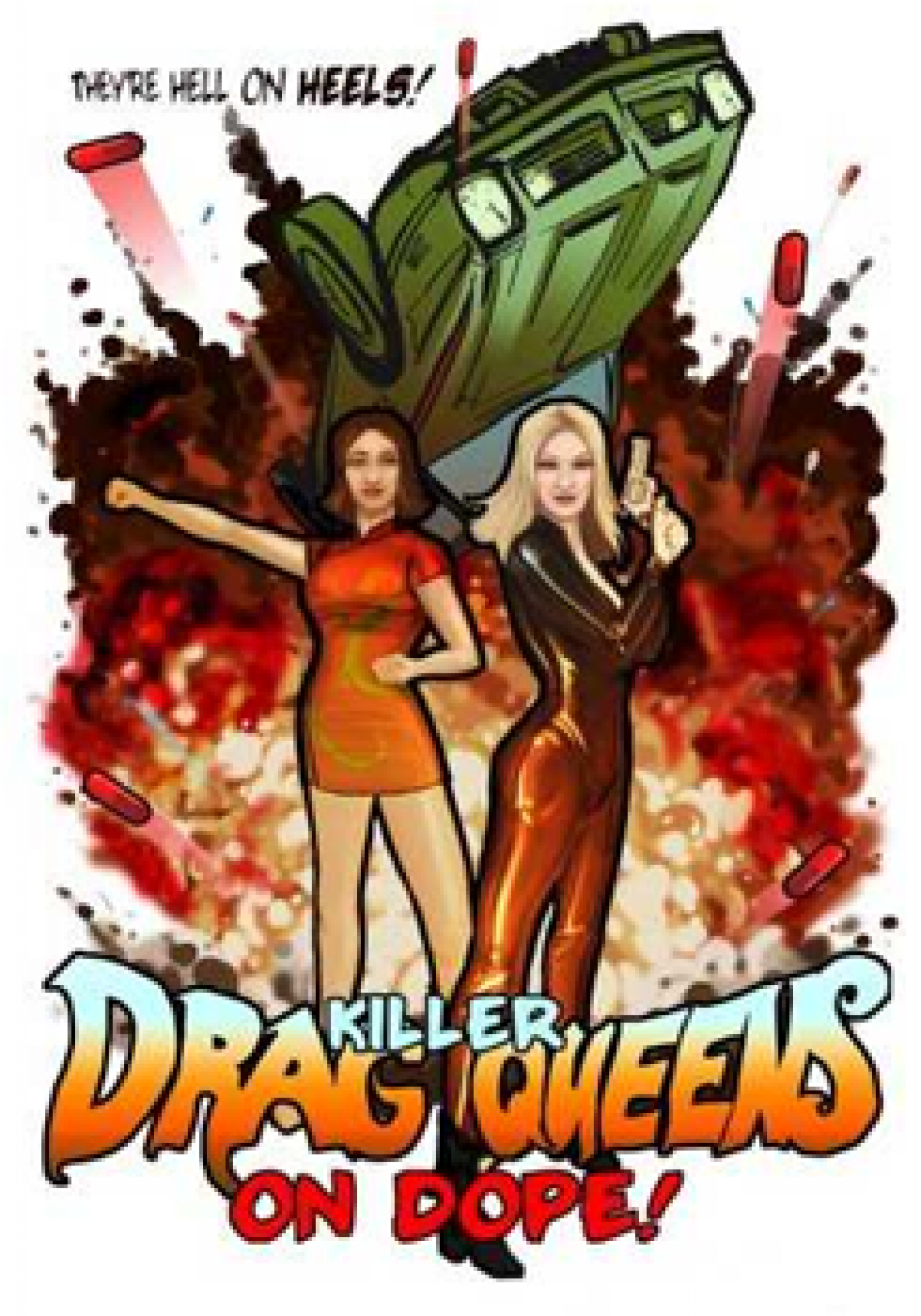 Killer Drag Queens on Dope! is the wild story of Ginger & Coco, two dolls with a little secret...  They're contract killers who work for a one-eyed lunatic named Uncle A.  Half the cutthroats in town are trying to kill them, the other half are trying to sleep with them and Uncle A is just getting started. Ginger is hell on heels. Coco never met a drug she didn't like. Together, they're Killer Drag Queens on Dope!